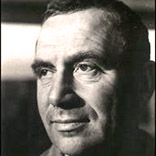 Amichai is considered by many to be the greatest modern Israeli poet, and was one of the first to write in colloquial Hebrew.

THE DIAMETER OF THE BOMB
Yehuda Amichai

The diameter of the bomb was 30 centimeters
and the diameter of its effective range about 7 meters,
with four dead and 11 wounded.
And around these, in a larger circle
of pain and time, two hospitals are scattered
and one graveyard. But the young woman
who was buried in the city she came from,
at a distance of more than a hundred kilometers,
enlarges the circle considerably,
and the solitary man mourning her death
at the distant shores of a country far across the sea
includes the entire world in the circle.
And I won’t even mention the crying of orphans
that reaches up to the throne of God and
beyond, making a circle with no end and no God.

I DREAMED A DREAM
Yehuda Amichai

I dreamed a dream: in my dream, seven girls
fat and good and meaty came up to the meadow
and I loved them in the grass, and after them
seven skinny girls blasted by the East wind
and devoured up the fat ones with hungry haunches,
even though their bellies remained flat.
I loved them too and they also devoured me.

But she who interpreted the dream for me,
she whom I loved, really loved,
was both fat and skinny,
and she also devoured and was devoured.

And the day after her I knew
that I would no longer return to that place.

And in the spring after her, the flowers in the field were changed
and so were the names in the telephone book.

And in the years after her, war broke out
And I knew that I would dream no more dreams.

ON THE DAY MY DAUGHTER WAS BORN
By Yehuda Amichai

On the day my daughter was born no one died
In the hospital and at the entrance
Was written: “Today the Cohanim may enter.”
Out of great joy
I went with my friend to the hills of Sha’ar Hagay.

We saw a sick, bare pine tree covered only with countless pine cones. Zvi said that trees about to die bear more cones than the vital ones. I said to him: That was a poem and you didn’t even realize it. Even though you are a man of exact sciences you made a poem. He replied: And even though you are a man of dreams, you made a precise little girl with all the precise instruments for her life.

People in the dark always see people
In the light. It’s an old truth, since sun and night
Were created, people and darkness, and electricity.
A truth exploited by those who make war
For easy killing in an ambush, a truth that enables
The unhappy to see the happy, and the lonely—people in love
In a brightly lit room.

Yet true life is led between dark and light:
“I locked the door,” you said,
An important sentence, full of destiny.
I still remember the words,
But I forgot on which side of the door they were said,
Inside or outside.

And from the only letter I wrote to you
I remember only the bitter taste of
The stamp’s glue on my tongue.

Your life and death, father,
Lie on my shoulders.
My little wife will bring
Us water.

Let us drink, father,
To the flowers, to the ideas,
I who was your hope
Now am hoped no more.

Your open mouth, father,
Sang and I didn’t hear.
The tree in the yard was a prophet
And I didn’t know.

Only your walk, father,
Still walking in my blood.
Once you were my guardian,
Now I am your guard.