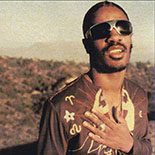 A child prodigy, he became one of the most critically and commercially successful musical performers of the late 20th century. Wonder signed with Motown’s Tamla label at the age of 11 and has continued to perform and record for Motown as of the early 2010s. He has been blind since shortly after birth.