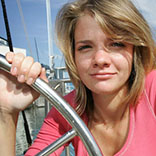 In May 15, 2010, she unofficially became the youngest person to sail non-stop and unassisted around the world, although her route did not meet World Sailing Speed Record Council (WSSRC) criteria for circumnavigation of the globe.

Watson departed from Sydney on October 18, 2009, heading eastbound over the Pacific Ocean, Atlantic Ocean and the Indian Ocean. She returned to Sydney on May 15, 2010, three days before her 17th birthday.

On January 25, 2011 she was named the 2011 Young Australian of the Year. The following year she was awarded a Medal of the Order of Australia. She currently resides in Buderim, Queensland. 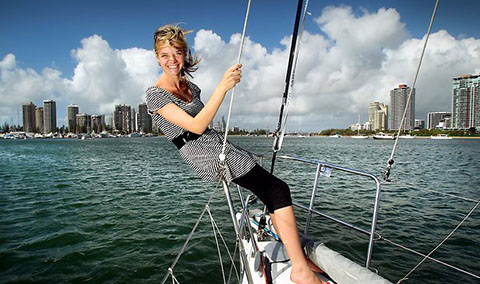