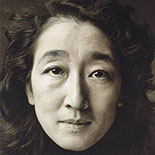 Uchida has appeared with most of the world’s foremost orchestras, recorded a wide repertory with major labels, won numerous awards and honors (including Dame Commander of the Order of the British Empire in 2009), and serves as co-director of the Marlboro Music School and Festival. In recent years, she has also conducted major orchestras.