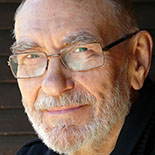 Veljo Tormis (August 7, 1930 – January 21, 2017) was an Estonian composer, regarded as one of the greatest choral composers and one of the most important composers of the 20th century in Estonia.

Internationally, his fame arises chiefly from his extensive body of choral music, which exceeds 500 individual choral songs, most of it a cappella. The great majority of these pieces are based on traditional ancient Estonian folksongs (regilaulud), either textually, melodically, or merely stylistically.

His composition most often performed outside Estonia, Curse Upon Iron (Raua needmine) (1972), invokes ancient Shamanistic traditions to construct an allegory about the evils of war. Some of his works were banned by the Soviet government, but because folk music was fundamental to his style most of his compositions were accepted by the censors.

More recently, Tormis’ works have been lionized in worldwide performances and several recordings by Tõnu Kaljuste and the Estonian Philharmonic Chamber Choir. In the 1990s, Tormis also began to receive commissions from some of the pre-eminent a cappella groups in the West such as the King’s Singers and the Hilliard Ensemble.

Tormis has famously said of his settings of traditional melodies and verse: “It is not I who makes use of folk music, it is folk music that makes use of me.” His work demonstrates his conviction that traditional Estonian and other Balto-Finnic music represents a treasure which must be guarded and nourished, and that culture may be kept alive through the medium of song.