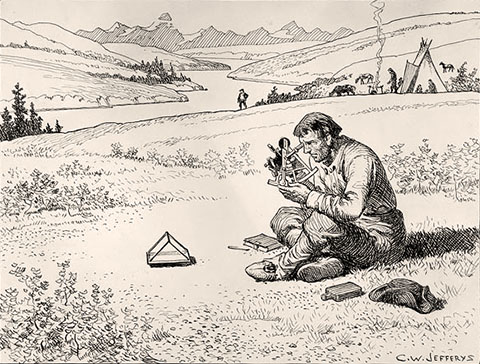 David Thompson (April 30, 1770 – February 10, 1857) was a British-Canadian fur trader, surveyor, and map-maker, known to some native peoples as “Koo-Koo-Sint” or “the Stargazer”. Over his career he mapped over 3.9 million square kilometers of North America and for this has been described as the “greatest land geographer who ever lived.”