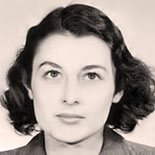 Violette Reine Elizabeth Szabo, née Bushell, (June 26, 1921 – c. February 5, 1945), a British subject, was the daughter of an English father and French mother, and widow of a French army officer killed in action in North Africa in 1942, who served during World War II as an SOE agent on two missions in occupied France.

On her second mission she was captured by the Germans, interrogated and tortured, and deported to Germany where she was eventually executed at Ravensbruck concentration camp.

Szabo was the second woman to be awarded the George Cross, bestowed posthumously on December 17, 1946. The citation was published in the London Gazette and read:

Madame Szabo volunteered to undertake a particularly dangerous mission in France. She was parachuted into France in April, 1944, and undertook the task with enthusiasm. In her execution of the delicate researches entailed she showed great presence of mind and astuteness. She was twice arrested by the German security authorities but each time managed to get away. Eventually, however, with other members of her group, she was surrounded by the Gestapo in a house in the southwest of France. Resistance appeared hopeless but Madame Szabo, seizing a Sten-gun and as much ammunition as she could carry, barricaded herself in part of the house and, exchanging shot for shot with the enemy, killed or wounded several of them. By constant movement, she avoided being cornered and fought until she dropped exhausted. She was arrested and had to undergo solitary confinement. She was then continuously and atrociously tortured but never by word or deed gave away any of her acquaintances or told the enemy anything of any value. She was ultimately executed. Madame Szabo gave a magnificent example of courage and steadfastness.

The Croix de guerre avec etoile de bronze was awarded by the French government in 1947 and the Médaille de la Résistance in 1973. As one of the SOE agents who died for the liberation of France, Lieutenant Violette Szabo, FANY, is listed on the Valençay SOE Memorial.

Before her third birthday, both of Tania Szabo’s parents were killed in action during World War II, and both were awarded the French Croix de guerre for their bravery in the field. On 17 December 1947 five year-old Tania received the George Cross from King George VI on behalf of her late mother. Violette and Etienne Szabo are believed to be the most decorated married couple of World War II. 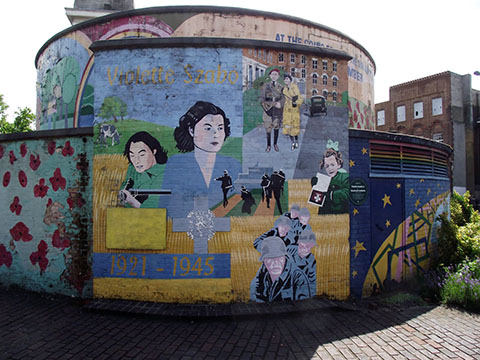