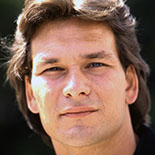 Having gained fame with appearances in films during the 1980s, Swayze became popular for playing tough guys and romantic lead males, gaining him a wide fan base with female audiences and gaining him statuses as a teen idol and sex symbol. He starred in various films including The Outsiders, Red Dawn, Dirty Dancing, Road House, Ghost, Point Break, Donnie Darko, Jump!, as well as in the television serials North and South and The Beast, his final role. During his career he received three Golden Globe Award nominations and was named by People magazine as its “Sexiest Man Alive” in 1991.