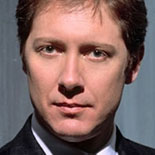 His most well-known television roles are those of attorney Alan Shore in The Practice and its spin-off Boston Legal (for which he won three Emmy Awards), and Robert California in the comedy-mockumentary The Office. He currently stars as high-profile criminal Raymond “Red” Reddington in the crime drama The Blacklist and is set to play the villainous android Ultron in Marvel Studios’ upcoming 2015 superhero film Avengers: Age of Ultron.