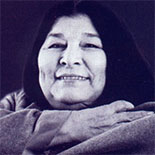 With her roots in Argentine folk music, Sosa became one of the preeminent exponents of nueva canción. She gave voice to songs written by both Brazilians and Cubans. She was best known as the “voice of the voiceless ones”.

Sosa performed in venues such as the Lincoln Center in New York City, the Théâtre Mogador in Paris and the Sistine Chapel in Vatican City, as well as sell-out shows in New York’s Carnegie Hall and the Roman Colosseum during her final decade of life. Her career spanned four decades and she was the recipient of several Grammy awards and nominations, including a posthumous Latin Grammy award for Best Folk Album. She served as an ambassador for UNICEF.