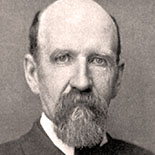 He was born in Nova Scotia and became a naturalized American seaman and adventurer, and a noted writer. In 1900 he wrote a book about his journey Sailing Alone Around the World, which became an international best-seller. He disappeared in November 1909 while aboard his boat, the Spray.