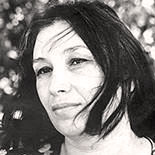 Her song Yerushlayim Shel Zahav (“Jerusalem of Gold”) written in 1967, became an unofficial second anthem after Israel won the Six-Day War that year and reunited Jerusalem.

Shemer did her own songwriting and composing, set famous poems to music, such as those of the Israeli poet, Rachel, and the American Walt Whitman. She also translated and adapted popular songs into Hebrew, such as the Beatles song “Let It Be” in 1973.

In 1963, she composed “Hurshat Ha’Eucalyptus” (“The Eucalyptus Grove”), a song that evokes Kvutzat Kinneret where she was born. It was covered in a recent version by Ishtar.

In 1967, she wrote the patriotic song, “Yerushalayim Shel Zahav”, which was sung by Shuly Nathan and became famous. She wrote it for the Israeli Music Festival. After Israel’s victory in the Six-Day War that year, she added another verse celebrating the reunification of Jerusalem . The song “gained the status of an informal second national anthem.”

The mountain air is clear as wine
The scent of pines around
Is carried on the breeze of twilight,
And tinkling bells resound.

The trees and stones there softly slumber,
A dream enfolds them all.
So solitary lies the city,
And at its heart — a wall.

Oh, Jerusalem of gold,
and of light and of bronze,
I am the lute for all your songs

The wells are filled again with water,
The square with joyous crowd,
On the Temple Mount within the City,
The shofar rings out loud.

Within the caverns in the mountains
A thousand suns will glow,
We’ll take the Dead Sea road together,
That runs through Jericho.

Oh, Jerusalem of gold,
and of light and of bronze,
I am the lute for all your songs.

But as I sing to you, my city,
And you with crowns adorn,
I am the least of all your children,
Of all the poets born.

Your name will scorch my lips for ever,
Like a seraph’s kiss, I’m told,
If I forget thee, golden city,
Jerusalem of gold.

Oh, Jerusalem of gold,
and of light and of bronze,
I am the lute for all your songs.