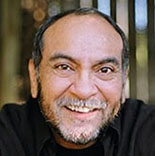 His teaching is significantly influenced by the work of Carlos Castaneda.

His most famous and influential work, The Four Agreements, was published in 1997 and has sold around 4 million copies. It was featured on the Oprah television show, and advocates personal freedom from agreements and beliefs that we have made with ourselves and others that are creating limitation and unhappiness in our lives. Ultimately, it is about finding one’s own integrity, self-love, and peace by way of absolving oneself from responsibility for the woes of others. The Four Agreements are: