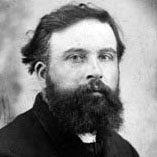 Henri Julien Félix Rousseau (May 21, 1844 – September 2, 1910) was a French Post-Impressionist painter in the Naïve or Primitive manner.

He was also known as Le Douanier (the customs officer), a humorous description of his occupation as a toll collector. Ridiculed during his lifetime, he came to be recognized as a self-taught genius whose works are of high artistic quality.

Rousseau claimed he had “no teacher other than nature”, although he admitted he had received “some advice” from two established Academic painters, Félix Auguste Clément and Jean-Léon Gérôme. Essentially he was self-taught and is considered to be a naïve or primitive painter.

His best known paintings depict jungle scenes, even though he never left France or saw a jungle. Stories spread by admirers that his army service included the French expeditionary force to Mexico are unfounded. His inspiration came from illustrated books and the botanical gardens in Paris, as well as tableaux of taxidermied wild animals. He had also met soldiers during his term of service who had survived the French expedition to Mexico, and he listened to their stories of the subtropical country they had encountered. To the critic Arsène Alexandre, he described his frequent visits to the Jardin des Plantes: “When I go into the glass houses and I see the strange plants of exotic lands, it seems to me that I enter into a dream.”

Along with his exotic scenes there was a concurrent output of smaller topographical images of the city and its suburbs.

He claimed to have invented a new genre of portrait landscape, which he achieved by starting a painting with a view such as a favorite part of the city, and then depicting a person in the foreground.

In 1905, Rousseau’s large jungle scene The Hungry Lion Throws Itself on the Antelope was exhibited at the Salon des Indépendants near works by younger leading avant-garde artists such as Henri Matisse in what is now seen as the first showing of The Fauves. Rousseau’s painting may even have influenced the naming of the Fauves.

When Pablo Picasso happened upon a painting by Rousseau being sold on the street as a canvas to be painted over, the younger artist instantly recognised Rousseau’s genius and went to meet him. In 1908 Picasso held a half serious, half burlesque banquet in his studio in Le Bateau-Lavoir in Rousseau’s honor.

After Rousseau’s retirement in 1893, he supplemented his small pension with part-time jobs and work such as playing a violin in the streets. He also worked briefly at Le petit journal, where he produced a number of its covers.

Rousseau exhibited his final painting, The Dream, at the 1910 Salon des Independants a few months before his death on September 2, 1910 in the Hospital Necker in Paris. At his funeral, seven friends stood at his grave: the painters Paul Signac and Manuel Ortiz de Zárate, the artist couple Robert Delaunay and Sonia Terk, the sculptor Brâncuși, Rousseau’s landlord Armand Queval and Guillaume Apollinaire who wrote the epitaph Brâncuși put on the tombstone:

We salute you Gentle Rousseau you can hear us.
Delaunay, his wife, Monsieur Queval and myself.
Let our luggage pass duty free through the gates of heaven.
We will bring you brushes paints and canvas.
That you may spend your sacred leisure in the
light and Truth of Painting.
As you once did my portrait facing the stars, lion and the gypsy. 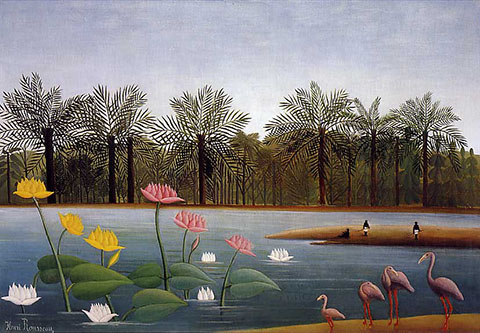 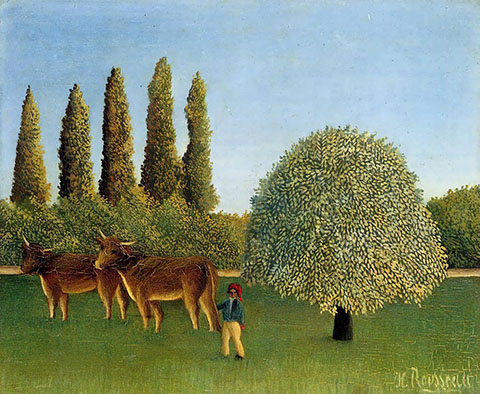 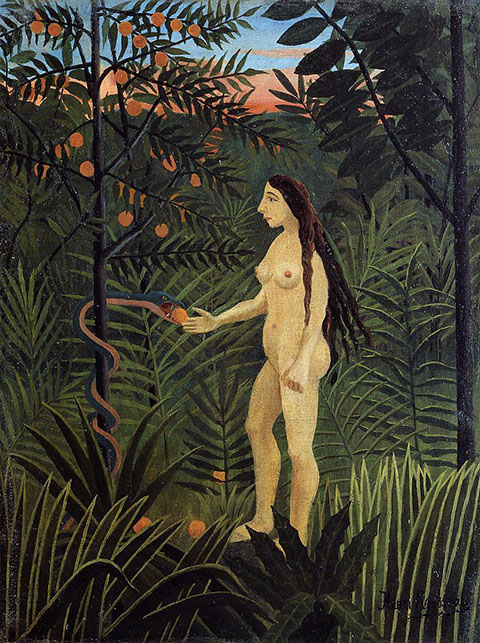 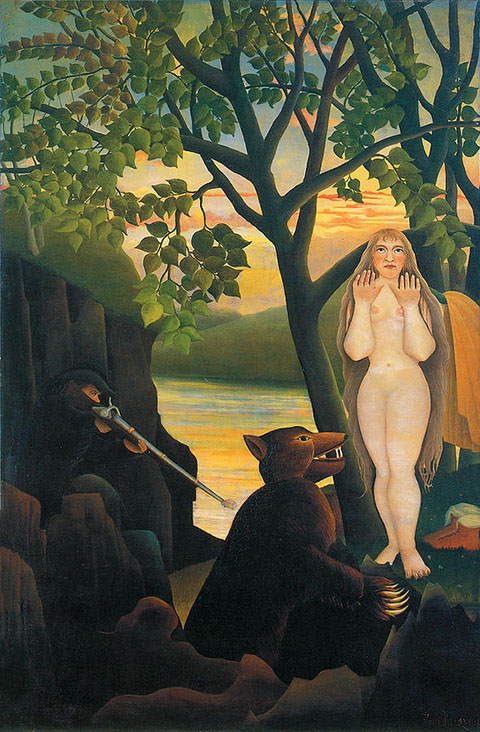 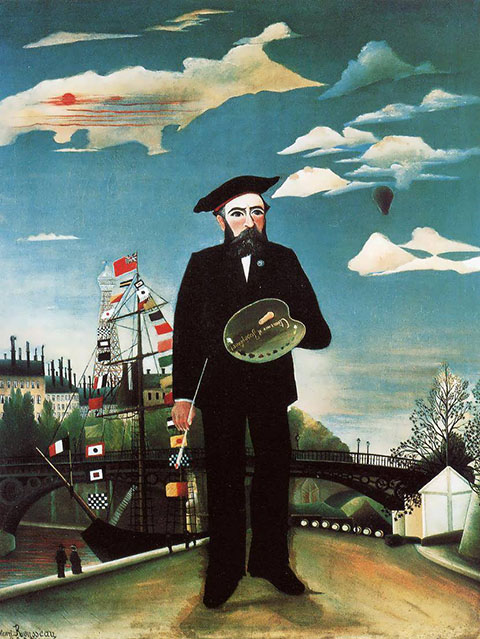 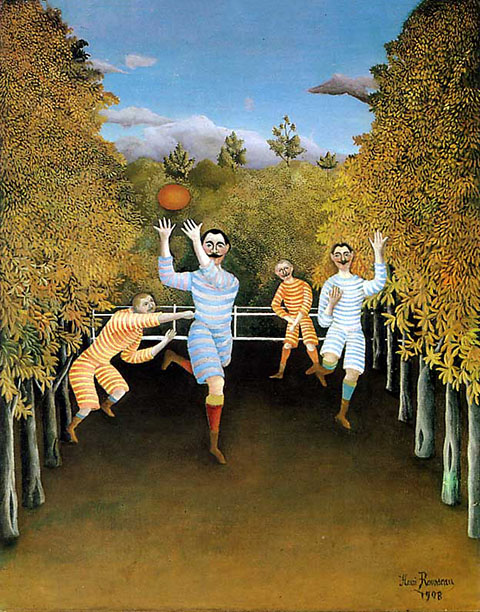