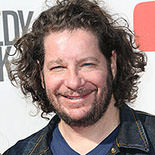 His skill in doing high-profile celebrity roasts and his appearances in Comedy Central’s Roasts, have led him to be dubbed “The Roastmaster General.” He has appeared in various film, television, and cartoon projects. He has made appearances at events for U.S. soldiers and directed a documentary film covering his experiences touring U.S. bases in Iraq.