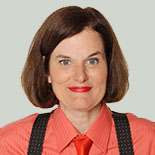 Paula rose to fame with a series of one hour HBO comedy specials and her backstage commentary during the 1992 presidential election on The Tonight Show with Jay Leno, and is now heard on National Public Radio’s (NPR) weekly news quiz show Wait Wait… Don’t Tell Me, internationally on NPR Worldwide, and on the Internet via podcast, and tours across the country performing standup comedy.