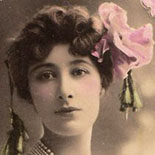 Liane de Pougy (July 2, 1869 – December 26, 1950), was a Folies Bergère dancer renowned as one of Paris’s most beautiful and notorious courtesans.

She began her career as a courtesan with the Countess Valtesse de la Bigne, who taught Anne-Marie the profession and whose monumental bed was made of varnished bronze. Describing herself as vain but not a fool, Anne-Marie cultivated an interest in paintings, books and poetry, but avoided intellectual depth, which she considered dull. She preferred café-concerts and popular songs to William Shakespeare or Richard Wagner, and made minor appearances in the chorus of Folies-Bergere in Paris in St. Petersburg and cabaret clubs in Rome and the French Riviera. 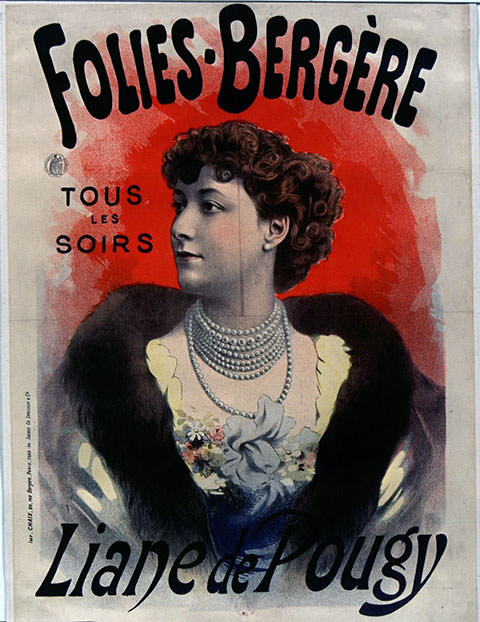 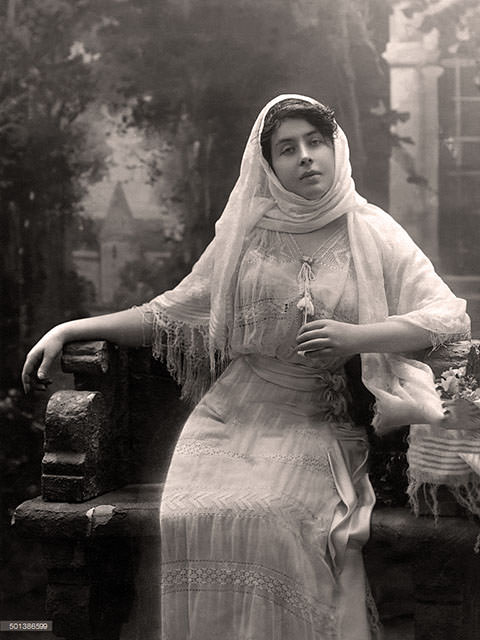