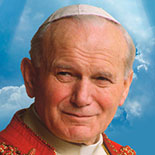 He was one of the most travelled world leaders in history, visiting 129 countries during his pontificate. As part of his special emphasis on the universal call to holiness, he beatified 1,340 people and canonised 483 saints, more than the combined tally of his predecessors during the preceding five centuries. By the time of his death, he had named most of the College of Cardinals, consecrated or co-consecrated a large number of the world’s bishops, and ordained many priests. A key goal of his papacy was to transform and reposition the Catholic Church. His wish was “to place his Church at the heart of a new religious alliance that would bring together Jews, Muslims and Christians in a great religious armada”.