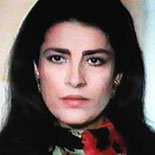 Irene Papas (born September 3, 1926) is a Greek actress and occasional singer, who has starred in over seventy films in a career spanning more than fifty years.

Papas began her early career in Greece (she was discovered by Elia Kazan), achieving widespread fame there, before starring in internationally renowned films such as The Guns of Navarone and Zorba the Greek, and critically acclaimed films such as Z and Electra. She is a leading figure in cinematic transcriptions of ancient tragedy since she has portrayed Helen in The Trojan Women, Clytemnestra in Iphigenia, and the eponymous parts in Electra and Antigone. She appeared as Catherine of Aragon in the film Anne of the Thousand Days, opposite Richard Burton and Geneviève Bujold in 1969. She co-starred in The Trojan Women with Katharine Hepburn.

In 1976, she starred in the film Mohammad, Messenger of God (also known as The Message) about the origin of Islam, and the message of Mohammad. One of her last film appearances was in Captain Corelli’s Mandolin.

In 1982, she appeared in the film Lion of the Desert, together with Anthony Quinn, Oliver Reed, Rod Steiger, and John Gielgud.