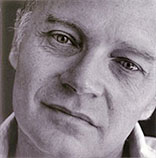 Pagis was born in Romania and imprisoned as a child in a concentration camp in Ukraine. He escaped in 1944 and in 1946 arrived safely in Israel where he became a schoolteacher in a kibbutz.

He earned his PhD from the Hebrew University of Jerusalem where he later taught Medieval Hebrew literature.His first published book of poetry was Sheon ha-Tsel (“The Shadow Clock”) in 1959. In 1970 he published a major work entitled Gilgul – which may be translated as “Revolution, cycle, transformation, metamorphosis, metempsychosis,” etc. Other poems include: “Written in Pencil in the Sealed Railway-Car,” “Testimony, “Europe, Late,” “Autobiography,” and “Draft of a Reparations Agreement.” Pagis knew many languages, and translated multiple works of literature.

No no: they definitely were
human beings: uniforms, boots.
How to explain? They were created
in the image.
I was a shade.
A different creator made me.
And he in his mercy left nothing of me that would die.
And I fled to him, rose weightless, blue,
forgiving – I would even say: apologizing –
smoke to omnipotent smoke
without image or likeness.