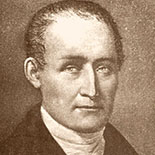 Nicéphore Niépce (born Joseph Niépce March 7, 1765 – July 5, 1833) was a French inventor, most noted as the inventor of photography and a pioneer in the field.

He developed heliography, a technique used to produce the world’s oldest surviving evidence of a photographic process, actually a photo-etching in 1825. Among Niépce’s other inventions was the Pyréolophore, the world’s first ‘internal combustion engine’, which he conceived, created, and developed with his older brother Claude. 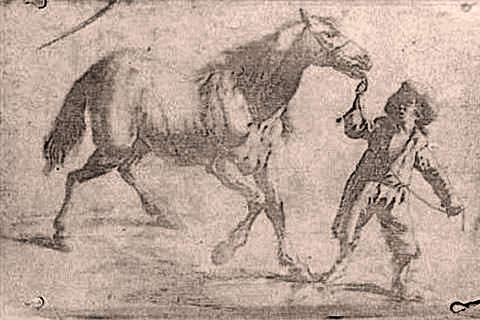 Niépce took what is believed to be the world’s first photogravure etching, in 1822, of an engraving of Pope Pius VII, but the original was later destroyed when he attempted to duplicate it. The earliest surviving photo-etchings by Niépce are of a 17th-century engraving of a man with a horse and of what may be an etching or engraving of a woman with a spinning wheel; one example of the photo-etching of the man with a horse and two examples of the photo-etching of the woman with the spinning wheel are known to have survived. The former is in the collection of Bibliotheque Nationale Francaise in Paris and the latter two are in a private collection in the United States. Niépce did not have a steady enough hand to trace the inverted images created by the camera obscura, as was popular in his day, so he looked for a way to capture an image permanently.

Nicéphore Niépce experimented with lithography, which led him in his attempt to take a photograph using a camera obscura. Niépce also experimented with silver chloride, which darkens when exposed to light, but eventually looked to bitumen, which he used in his first successful attempt at capturing nature photographically. He dissolved bitumen in lavender oil, a solvent often used in varnishes, and coated the sheet of pewter with this light capturing mixture. He placed the sheet inside a camera obscura to capture the picture, and eight hours later removed it and washed it with lavender oil to remove the unexposed bitumen.

He began experimenting to set optical images in 1793. Some of his early experiments made images, but they faded very fast. Letters to his sister-in-law around 1816 indicate that he found a way to fix images on paper, but not prevent them from deterioration in light. The earliest known, surviving example of a Niépce photograph (or any other photograph) was created in 1825. Niépce called his process heliography, which literally means “sun drawing. Starting in 1829 he began collaborating on improved photographic processes with Louis Daguerre, and together they developed the physautotype, a process that used lavender oil. The partnership lasted until Niépce’s death in 1833. Daguerre continued with experimentation, eventually developing a process that little resembled that of Niépce. He named this the “Daguerréotype”, after himself. He managed in 1839 to get the government of France to purchase his invention on behalf of the people of France. The French government agreed to award Daguerre a yearly stipend of 6,000 Francs for the rest of his life, and to give the estate of Niépce 4,000 Francs yearly. This arrangement rankled Niépce’s son, who claimed Daguerre was reaping all the benefits of his father’s work. In some ways, he was right—for a good many years, Joseph Nicéphore Niépce received little credit for his significant contribution to the development of photography. Later historians have reclaimed Niépce from relative obscurity, and it is now generally recognized that his “heliographic” process was the first successful example of what we now call photography: an image created on a light-sensitive surface, by the action of light.

The lunar crater Niepce is named after him. As of 2008 Niépce’s photograph, View from the Window at Le Gras, is on display in the Harry Ransom Humanities Research Center at the University of Texas at Austin. The image was rediscovered in 1952 by historians Alison and Helmut Gernsheim.

The Niépce Prize has been awarded annually since 1955 to a professional photographer who has lived and worked in France for over 3 years. It was introduced in honour of Nièpce by Albert Plécy of the l’Association Gens d’Images.