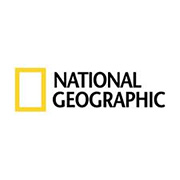 The National Geographic Society, headquartered in Washington, D.C. in the United States, is one of the largest non-profit scientific and educational institutions in the world. Its interests include geography, archaeology and natural science, the promotion of environmental and historical conservation, and the study of world culture and history.

The National Geographic Society’s logo is a yellow portrait frame – rectangular in shape – which appears on the margins surrounding the front covers of its magazines and as its television channel logo. he National Geographic Society’s historical mission is “to increase and diffuse geographic knowledge while promoting the conservation of the world’s cultural, historical, and natural resources. ” Its purpose is to inspire people to care about their planet, according to John M. Fahey, Jr., President and CEO since March 1998 and Chairman since January 2010. The Society is governed by a Board of Trustees whose 22 members include distinguished educators, business executives, former government officials, and conservationists. 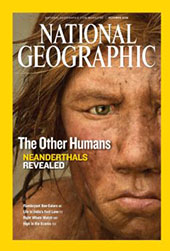 The organization sponsors and funds scientific research and exploration. The Society publishes an official journal, National Geographic Magazine, in 34 languages. It also publishes other magazines, books, school products, maps, other publications, and web and film products in numerous languages and countries. Its educational foundation gives grants to education organizations and individuals to improve geography education. Its Committee for Research and Exploration, which has given grants for scientific research for most of the Society’s history, recently awarded its 10,000th such grant.

Its various media properties reach about 360 million people monthly. National Geographic maintains a museum for the public in its Washington, D.C., headquarters. It has helped to sponsor popular traveling exhibits, such as an early 2010s “King Tut” exhibit featuring magnificent artifacts from the tomb of the young Egyptian Pharaoh; “The Cultural Treasures of Afghanistan” which opened in May 2008 and traveled to other cities for 18 months; and an exhibition of China’s Terracotta Warriors in its Washington headquarters in 2009–10.