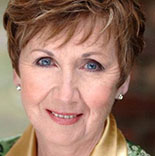 She studied with Frederic Cox at the Royal Manchester College of Music and made her stage debut as Alcestis in Christoph Willibald Gluck’s Alceste in 1974. She has since sung at all major opera houses and is particularly noted for her performances in works by George Frideric Handel, Wolfgang Amadeus Mozart and Richard Strauss.

Murray performs mainly at Covent Garden (where she performed as Siphare in Mozart’s Mitridate, re di Ponto), the English National Opera and the Bavarian State Opera (where she was made Kammersängerin in 1998). Murray was the featured singer in volume three of the Hyperion Schubert Edition, Hyperion Records’ complete Franz Schubert lieder project, in 1988, led by pianist Graham Johnson.

In 2012, she was made an Honorary Dame Commander of the Order of the British Empire in the Diamond Jubilee Honors for her services to music. She has received an honorary doctorate in music from the National University of Ireland in 1997, and the Bavarian Order of Merit in 2004.

She maintains her links with Ireland and is a patron of the Young Associate Artists Program of Dublin’s Opera Theater Company. In September 2010, she was appointed professor of singing at the Royal Academy of Music in London, where she was previously (since 1999) an honorary fellow.