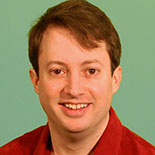 On his own, Mitchell is a frequent participant on British panel shows, being a team captain on Would I Lie to You?, host of The Bubble, and a regular guest on other panel shows, including QI, Mock the Week and Have I Got News for You. He also hosts the television panel game Was It Something I Said?, the radio show The Unbelievable Truth and the comedy news program 10 O’Clock Live. As a writer, Mitchell regularly contributes comment articles to The Observer and The Guardian.