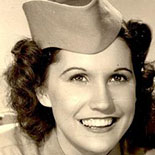 The Andrews Sisters were an American close harmony singing group of the swing and boogie-woogie eras. 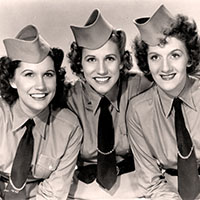 The Andrews Sisters’ harmonies and songs are still influential today, and have been covered by entertainers such as Bette Midler, Christina Aguilera, and others. The group was inducted into the Vocal Group Hall of Fame in 1998. Writing for Bloomberg, Mark Schoifet said the sisters became the most popular female vocal group of the first half of the 20th century.