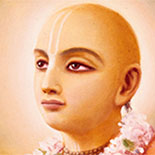 In the 16th century, worshiped by followers of Gaudiya Vaishnavism as the full incarnation of Lord Krishna. Sri Krishna Chaitanya was a notable proponent for the Vaishnava school of Bhakti yoga (meaning loving devotion to Krishna), based on the philosophy of the Bhagavata Purana and Bhagavad Gita, who founded the Achintya Bheda Abheda of Vedanta. Specifically, he worshiped the forms of Krishna, popularized the chanting of the Hare Krishna maha mantra and composed the Siksastakam (eight devotional prayers) in Sanskrit. His line of followers, known as Gaudiya Vaishnavas, revere him as an Avatar of Krishna in the mood of Radharani who was prophesied to appear in the later verses of the Bhagavata Purana. 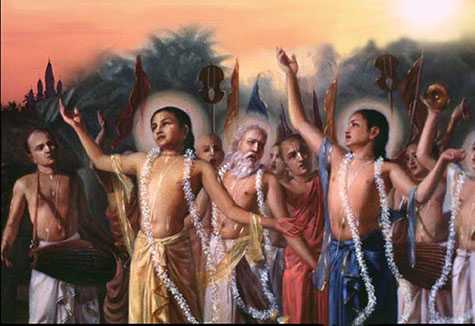 He is well known to be an incarnation of Lord Sri Krishna according to the Bhavishya Purana, Padma Purana, Brahma Purana, Markandeya Purana, Garuda Purana, Skanda Purana, Narada Purana, Śrīmad Bhāgavatam (Bhagavata Purana) and many other scriptures.

He was also sometimes referred to by the names Gaura (Sanskrit for ‘golden’), due to his fair complexion, and Nimai due to his being born underneath a Neem tree. There are numerous biographies available from the time giving details of Chaitanya’s life, the most prominent ones being the Chaitanya Charitamrita of Krishnadasa Kaviraja Goswami, the earlier Chaitanya Bhagavata of Vrindavana Dasa (both originally written in Bengali but now widely available in English and other languages), and the Chaitanya Mangala, written by “Lochana Dasa”. These works are in Bengali with some Sanskrit verses interspersed. In addition to these there are other Sanskrit biographies composed by his contemporaries. Chief among them are the literary masterpiece, Sri Chaitanya Charitamritam Mahakavyam (written in 20 sargas and 1911 shlokas) by Kavi Karnapura and Sri Krishna Chaitanya Charitamritam by Murari Gupta.