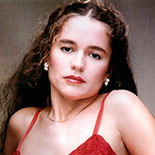 She is perhaps best known for her work in the late 1970s with Neil Young and her 1978 hit single of Young’s “Lotta Love” which reached No. 1 on the Hot Adult Contemporary Tracks chart and No. 8 on the Pop Singles chart. It was followed by four more Adult Contemporary hits, two of which were also minor pop hits.

By 1985, she shifted her focus to country music, charting six times on the US Country Singles chart. Her only Top 40 country hit was “That’s How You Know When Love’s Right,” a duet with Steve Wariner.