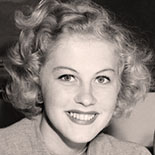 Armi Helena Kuusela (born August 20, 1934) is a Finnish beauty queen. In 1952 she won the national beauty contest Suomen Neito and was presented with a trip to the USA to participate in the first-ever Miss Universe pageant, becoming its first titleholder in history.

When Kuusela won her country’s national pageant, Suomen Neito, on May 24, 1952, she was awarded a box of chocolates, a gold bangle, and a two-way ticket sponsored by Pan American Airways to the United States. On June 17, Kuusela took a flight to Long Beach, California and the first Miss Universe contest. 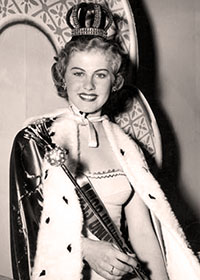 Immediately after her winning there was a Finnish movie made of her, called Maailman kaunein tyttö (World’s most beautiful girl) where she played herself, and Tauno Palo acted Jack Coleman (opposite role). It was directed by Veikko Itkonen, with writing credits going to Mika Waltari.

On February 22, 1953, Kuusela took a journey round the world, during which time she met Filipino businessman Virgilio Hilario. Less than a year after being crowned, Kuusela chose to give up her Miss Universe crown on May 4, 1953 to marry Hilario in Tokyo after a whirlwind courtship. They had met in March at a dance in Baguio, the summer capital of the Philippines, when Kuusela as Miss Universe had gone to the Islands for the International Trade Exposition. They honeymooned in the Hawaiian Islands, toured the United States and then Europe, before settling in the Philippines where they had five children.