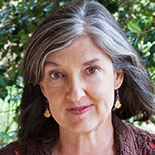 Kingsolver was raised in rural Kentucky and lived briefly in the Congo in her early childhood. Kingsolver earned degrees in biology at DePauw University and the University of Arizona and worked as a freelance writer before she began writing novels. Her widely known works include The Poisonwood Bible, the tale of a missionary family in the Congo, and Animal, Vegetable, Miracle, a nonfiction account of her family’s attempts to eat locally.

Her work often focuses on topics such as social justice, biodiversity and the interaction between humans and their communities and environments. Each of her books published since 1993 has been on the New York Times Bestseller list. Kingsolver has received numerous awards, including the Dayton Literary Peace Prize’s Richard C. Holbrooke Distinguished Achievement Award 2011, UK’s Orange Prize for fiction 2010, for The Lacuna, and the National Humanities Medal. She has been nominated for the PEN/Faulkner Award and the Pulitzer Prize. In 2000, Kingsolver established the Bellwether Prize to support “literature of social change”.

There are days when I am envious of my hens:
when I hunger for a purpose as perfect and sure
as a single daily egg.

If I could only stand in the sun,
scratch the gravel and blink and wait
for the elements within me to assemble,
asking only grain I would
surrender myself to the miracle
of everyday incarnation: a day of my soul
captured in yolk and shell.

And I would have no need
for the visions that come to others
on bat’s wings, to carry them
face to face with nothingness.
The howl of the coyote in the night
would not raise my feathers, for I,
drowsy on my roost, would dream
of the replicated fruits of my life
nested safe in cartons.

And yet I am never seduced,
for I have seen what a hen knows of omnipotence:
nothing of the miracles in twelves,
only of the hand that feeds
and, daily, robs the nest.

I have mourned lost days
When I accomplished nothing of importance.
But not lately.
Lately under the lunar tide
Of a woman’s ocean, I work
My own sea-change:
Turning grains of sand to human eyes.
I daydream after breakfast
While the spirit of egg and toast
Knits together a length of bone
As fine as a wheatstalk.
Later, as I postpone weeding the garden
I will make two hands
That may tend a hundred gardens.

I need ten full moons exactly
For keeping the animal promise.
I offer myself up: unsaintly, but
Transmuted anyway
By the most ordinary miracle.
I am nothing in this world beyond the things one woman does.
But here are eyes that once were pearls.
And here is a second chance where there was none.

Remember the moon survives,
draws herself out crescent-thin,
a curved woman. Untouchable,
she bends around the shadow
that pushes himself against her, and she

waits. Remember how you waited
when the nights bled their darkness out
like ink, to blacken the days beyond,
to blind morning’s one eye.
This is how you learned to draw
your life out like the moon,
curled like a fetus around the

shadow. Curled in your bed,
the little hopeful flowers of your knees
pressed against the wall,
its mockery of paint,
always the little-girl colors
on the stones of the ordinary prison:
the house where you are someone’s
daughter, sister, someone’s flesh, someone’s

blood. The Lamb and Mary
have left you to float in this darkness
like a soup bone. You watch
the cannibal feast from a hidden place
and pray to be rid of your offering.
The sun is all you wait for,
the light, guardian saint of all the children
who lie like death on the wake

of the household crime. You stop
your heart like a clock: these hours
are not your own. You hide
your life away, the lucky coin
tucked quickly in the shoe
from the burglar, when he

comes. Because he will, as sure
as shoes. This is the one
with all the keys to where you live,
the one you can’t escape, and while
your heart is stopped, he takes things.
It will take you years

to learn: why you held back sleep
from the mouth that opened in the dark;
why you would not feed it with
the dreams you sealed up tight
in a cave of tears; why
the black widow still visits you,
squeezes her venom out in droplets,
stringing them like garnets
down your abdomen,
the terrifying jewelry of a woman
you wore inside, a child robbed

in the dark. Finally you know this.
You have sliced your numbness open
with the blades of your own eyes.
From your years of watching
you have grown the pupils of a cat, to see

whole. You take in silver
through your eyes, and hammer it
as taut as poems in steel
into the fine bright crescent of your life:
the sickle,
the fetus,
the surviving moon.

Something new is upon us,
and yet nothing is ever new.

We are alive in a fearsome time,
and we have been given new things to fear.

We’ve been delivered huge blows but also
huge opportunities to reinforce or reinvent our will,
depending on where we look for honor
and how we name our enemies.

The easiest thing is to think of returning the blows.
But there are other things we must think about as well,
other dangers we face.

A careless way of sauntering across the earth
and breaking open its treasures,
a terrible dependency on sucking out the world’s
best juices for ourselves—these may also be our enemies.

The changes we dread most may contain our salvation.