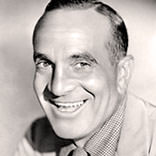 At the peak of his career, he was dubbed “The World’s Greatest Entertainer”.

His performing style was brash and extroverted, and he popularized a large number of songs that benefited from his “shamelessly sentimental, melodramatic approach”. Numerous well-known singers were influenced by his music, including Bing Crosby David Bowie, Bob Dylan and others, Dylan once referred to him as “somebody whose life I can feel”. Broadway critic Gilbert Seldes compared him to the Greek god Pan, claiming that Jolson represented “the concentration of our national health and gaiety.”

In the 1930s, he was America’s most famous and highest-paid entertainer. Between 1911 and 1928, Jolson had nine sell-out Winter Garden shows in a row, more than 80 hit records, and 16 national and international tours. Although he’s best remembered today as the star of the first ‘talking picture’, The Jazz Singer (1927), he later starred in a series of successful musical films throughout the 1930s. After the attack on Pearl Harbor, Jolson became the first star to entertain troops overseas during World War II. After a period of inactivity, his stardom returned with The Jolson Story (1946). Larry Parks played Jolson, with the singer dubbing for Parks. The formula was repeated in the sequel, Jolson Sings Again (1949). In 1950 he again became the first star to entertain GIs on active service in the Korean War, performing 42 shows in 16 days. He died just weeks after returning to the U.S., partly owing to the physical exertion of performing. Defense Secretary George Marshall afterward awarded the Medal of Merit to Jolson’s family.

According to the St. James Encyclopedia of Popular Culture, “Jolson was to jazz, blues, and ragtime what Elvis Presley was to rock ‘n’ roll.” Being the first popular singer to make a spectacular “event” out of singing a song, he became a “rock star” before the dawn of rock music. His specialty was performing on stage runways extending out into the audience. He would run up and down the runway and across the stage, “teasing, cajoling, and thrilling the audience,” often stopping to sing to individual members; all the while the “perspiration would be pouring from his face, and the entire audience would get caught up in the ecstasy of his performance.” According to music historian Larry Stempel, “No one had heard anything quite like it before on Broadway.” Author Stephen Banfield agreed, writing that Jolson’s style was “arguably the single most important factor in defining the modern musical….”

He enjoyed performing in blackface makeup, a theatrical convention since the mid 19th century. With his unique and dynamic style of singing black music, such as jazz and blues, he was later credited with single-handedly introducing African-American music to white audiences. As early as 1911 he became known for fighting against anti-black discrimination on Broadway.

The Anniversary Song: “Waves of the Danube” became known in the United States only half a century later. Al Jolson and Saul Chaplin published it in 1946 under the name of “The Anniversary Song” (“Oh, how we danced on the night we were wed”) and as their own composition. The 1946 sheet music of the song credits the composers as Al Jolson and Saul Chaplin with music by Iosif Ivanovici. Jolson and Chaplin wrote the lyrics while Chaplin adapted Ivanovici’s music.

Al Jolson released “The Anniversary Song” on Decca as catalog number 23714. It first reached the Billboard charts on February 7, 1947 and lasted 14 weeks on the chart, peaking at #2.

Oh, how we danced on the night we were wed
We vowed our true love, though a word wasn’t said
The world was in bloom, there were stars in the skies
Except for the few that were there in your eyes

Dear, as I held you close in my arms
Angels were singing a hymn to your charms
Two hearts gently beating, murmuring low
“Darling, I love you so”

Darling, I love you so

The night seemed to fade into blossoming dawn
The sun shone anew but the dance lingered on
Could we but recall that sweet moment sublime
We’d find that our love is unaltered by time.