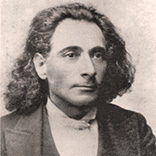 “Hatikvah” is the national anthem of Israel. Its lyrics are adapted from a poem written by Naphtali Herz Imber, (1856 – October 8, 1909) a Jewish poet. The romantic anthem’s theme reflects the nearly 2000-year-old hope of the Jewish people to return to the Land of Israel—their ancient homeland—and to restore it and reclaim it as a sovereign nation.

A historic recording of a 1945 BBC broadcast from liberated Bergen-Belsen, a Nazi concentration camp, featuring the singing of “Hatikva” by the surviving Jewish prisoners. Allied troops liberated the camp on April 15, 1945.

Bergen-Belsen was a Nazi concentration camp in Lower Saxony, southwest of the town of Bergen near Celle. Between 1943 and 1945, an estimated 50,000 people died there, up to 35,000 of them dying of typhus in the first few months of 1945. On April 15, 1945, British forces liberated the Bergen-Belsen concentration camp in northern Germany. Sixty-thousand prisoners were living in the camp when the troops arrived, most of them seriously ill. Thousands more lay dead and unburied on the camp grounds.

BBC reporter Patrick Gordon Walker was among the press corps that entered Bergen-Belsen with the British troops that day. Over the next few weeks, he documented what he saw, recording the first Sabbath ceremony openly conducted on German soil since the beginning of the war, interviewing survivors, and speaking to British Tommies about what they had witnessed at liberation.

One of the people who heard Walker’s radio dispatches was soon-to-be-legendary folk-music producer Moe Asch. An engineer at the time at New York radio station WEVD, Asch recorded the shortwave broadcast onto an acetate disc. Decades later, the record was re-discovered at the Smithsonian Institution by historian Henry Sapoznik.