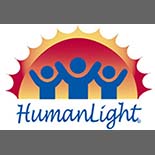 HumanLight is a Humanist holiday celebrated annually on December 23. HumanLight was first celebrated in 2001, and was created to provide a specifically Humanist celebration during the western world’s holiday season. The New Jersey Humanist Network founded the holiday in 2001 to aid secular people in commemorating the December holiday season without encroaching on other adjacent holidays—both religious ones such as Christmas and secular ones such as Solstice. The inaugural event involved only the founding organization, but is now celebrated by many secular organizations and individuals across the United States and other countries. Various organizations have recognized the holiday, including the American Humanist Association in 2004. The HumanLight Committee maintains the official HumanLight webpage and engages with humanist organizations and the media about the holiday.

HumanLight is a secular holiday that focuses on the “positive, secular human values of reason, compassion, humanity and hope”. While there are no universally accepted ways to commemorate the holiday, modern celebrations typically involve a communal meal among a family or group. The use of candles to symbolize reason, hope, compassion, and humanity has become widespread among those celebrating. Groups today also observe the holiday using charity work, gift exchanges, and other ideas associated with holidays and celebrations.