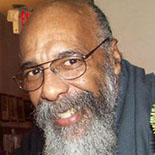 His music encompassed elements of folk, soul, and rhythm and blues. He is best known for his intense and rhythmic guitar style (often in open tunings), soulful covers of pop and folk songs, and his opening performance at the 1969 Woodstock Festival.