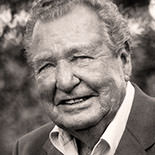 He was born to Harry and Dollie Harris. His mother was of Irish descent. Though successful as an orchestra leader, Harris is remembered today for his recordings as a vocalist, his voice work in animation (probably most famous later in his career for his roles as bears, one being Baloo in Disney’s The Jungle Book, and as Little John in Disney’s Robin Hood). He also voiced Thomas O’Malley in Disney’s The Aristocats and probably best known for doing his last role as Patou in the 1991 Don Bluth film Rock-A-Doodle. Harris was also a pioneer in radio situation comedy, first with Jack Benny, and then in a series in which he co-starred with his wife, singer-actress Alice Faye, for eight years. In 1981, he sang, Back Home Again in Indiana before the Indianapolis 500.