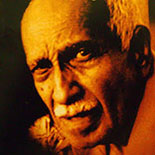 Together with Lilí Martínez and Peruchín he is said to have “forged the style of modem Cuban piano playing in the 1940s”.

Between the 1940s and his retirement in the 1980s, he played with Cuba’s most successful acts, including Paulina Álvarez, Arsenio Rodríguez, Orquesta América del 55, Orquesta Riverside and Enrique Jorrín.

In the 1990s, he came out of retirement to play in the revival ensembles Afro-Cuban All Stars and Buena Vista Social Club, also recording solo material and performing live until 2002.