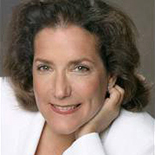 Julie Gold (born February 3, 1956) is a New York singer-songwriter. She is best known for Bette Midler’s version of her musical composition “From a Distance” which won Gold the Grammy for Song of the Year in 1991.

That song has since received close to four million airplays. It has been recited into the Congressional Record (by Senator Barbara Boxer). It has been recorded internationally and translated into many languages. It has been illustrated as a children’s book and mass-produced in music boxes. It has been quoted in books, calendars, and greeting cards. It was used as the wake-up call for astronauts in the Mir space station the first time Americans worked with Russians in space. A wide range of recording artists has covered it, including Jewel, Elaine Paige, Cliff Richard, the African Children’s Choir, Judy Collins, the Byrds, Fairport Convention and Donna Summer.

FROM A DISTANCE
Lyrics by Julie Gold

From a distance we all have enough,
and no one is in need.
And there are no guns, no bombs, and no disease,
no hungry mouths to feed.

From a distance there is harmony,
and it echoes through the land.
And it’s the hope of hopes, it’s the love of loves,
it’s the heart of every man.