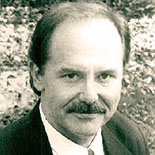 The themes of his books and poetry reflect a celebration of childhood, as well as a reverence for nature and animals. His other subjects and themes include humor, holidays, riddles, seasons, school, sports, and the power of a positive attitude.

“A fifteen-year-old athlete died of cardiac arrest from a high school friend’s punch in the chest during a classroom ‘cuss game’ popular with students. Witnesses said he complimented his opponent on the ‘good hit,’ then died.” —The Birmingham News

The game over, the target rests on the ground;
but the heavy hand of the standing boy
will carry the weight of this dark moment

into the bull’s-eye of memory, into the
corners of every swollen night.
This is the hand that will open and close

too many times before it sleeps,
before it catches that first star,
shines it bright within its praying palm,

puts it back into the black heaven of boyhood.
This is the hand that will shade the eyes
that study the sky for a cloudless past,

the hand of too many smiling strangers.
This is the hand that will caress a sleeping son
named after his father’s brave young friend,