BBC Television produces the world’s first ever science fiction television program, an adaptation of a Karel Čapek play R.U.R., that coined the term “robot”, February 11, 1938. BBC One is the flagship television channel of the British Broadcasting Corporation (BBC) in the United Kingdom, Isle of Man and Channel Islands. It was launched on November 2, 1936 as the BBC Television Service, and was the world’s first regular television service with a high level of image resolution.

Science fiction first appeared on a television program during the Golden Age of Science Fiction. Special effects and other production techniques allow creators to present a living visual image of an imaginary world not limited by the constraints of reality; this makes television an excellent medium for science fiction, which in turn contributes to its popularity in this form.

The classic mode of science fiction on television is space opera, in which a protagonist or a group of brave men and women venture into the black unknown. Starships are a conventional setting in this category, with Star Trek being the definitive example. Because the spacecraft environment is by definition limited, a very small number of sets can be heavily used, lowering production costs and allowing producers to focus on character development, setting detail, or sometimes simply to keep a production in the black so it can stay on the air. Variations on this are space station series, notably Babylon 5 and Star Trek: Deep Space Nine, based on an open-port paradigm in which trouble comes in through the airlocks. Rarer are series based on space travel without vehicles; Stargate SG-1 is the prime example.

Using stock sets for other series results in odd subcategories like the science fiction western; some established series also have the occasional episode.

The word robot was introduced to the public by the Czech interwar writer Karel Čapek in his play R.U.R. (Rossum’s Universal Robots), published in 1920. The play begins in a factory that makes artificial people called robots, though they are closer to the modern ideas of androids, creatures who can be mistaken for humans. They can plainly think for themselves, though they seem happy to serve. At issue is whether the robots are being exploited and the consequences of their treatment.

Karel Čapek himself did not coin the word. He wrote a short letter in reference to an etymology in the Oxford English Dictionary in which he named his brother, the painter and writer Josef Čapek, as its actual originator. 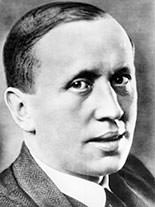 In an article in the Czech journal Lidové noviny in 1933, he explained that he had originally wanted to call the creatures laboři (“workers”, from Latin labor). However, he did not like the word, and sought advice from his brother Josef, who suggested “roboti”. The word robota means literally “corvée”, “serf labor”, and figuratively “drudgery” or “hard work” in Czech and also (more general) “work”, “labor” in many Slavic languages (e.g.: Bulgarian, Russian, Serbian, Slovak, Polish, Macedonian, Ukrainian, archaic Czech). Traditionally the robota was the work period a serf (corvée) had to give for his lord, typically 6 months of the year. The origin of the word is the Old Church Slavonic (Old Bulgarian) rabota “servitude” (“work” in contemporary Bulgarian and Russian), which in turn comes from the Proto-Indo-European root *orbh-. Robot is cognate with the German root Arbeit (work).

The word robotics, used to describe this field of study, was coined by the science fiction writer Isaac Asimov. Asimov created the “Three Laws of Robotics” which are a recurring theme in his books. These have since been used by many others to define laws used in fact and fiction.