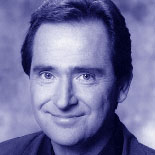 Active in public service at an early age, Dunne was Precinct Captain of the 42nd Ward, known more widely as Rush Street, home to many music venues. It was in these clubs that he became aware that music was to be his life’s pursuit. To hone his piano playing skills he could frequently be found practicing in a back room of Lake Shore Park. It was there he became involved with The Chicago Air and Water Show. Dunne was also one of the founders of a neighborhood bank on Rush Street which served many of the local clubs.

Paragon Studios was a state-of-the-art facility in the 42nd ward where Dunne spent many hours recording his first album with the Conception Corporation.

Dunne was given the role in The Blues Brothers after their original pianist, Paul Shaffer, could not accept the part due to contractual obligations with Saturday Night Live, as well as his choice to take part in Gilda Live instead, which turned out to be a flop. Dunne played himself in both of the two Blues Brothers films, with a fictional storyline: “Murph” Dunne was an original member of the Blues Brothers until “Joliet” Jake went to prison in the 1970s. He then started his own band called “Murph and the MagicTones” along with four other ex-Blues Brothers Band members. While performing a regular set at the Armada Room in a Chicago area Holiday Inn, Jake and Elwood Blues again approached the band to reform the Blues Brothers band. After a brief tour, Murph was sent to prison with the rest of the Blues Brothers Band. In real life, Dunne was the son of Cook County Board President George Dunne, whose connections helped get some of the Chicago clearances for movie shoot sites.

When the Blues Brothers toured in 1980 to promote the film, Dunne performed live with the band along with Shaffer. His work can be heard on their 1980 album, Made in America.

In addition to his work with the Blues Brothers, Dunne also appeared in Mel Brooks’s High Anxiety (1977) and in the teen comedy Bad Manners (aka: Growing Pains) (1984). Dunne also played the court stenographer in the movie Oh, God! (1977) and has acted in numerous television shows including Night Court as well as working as a voice actor. He can be heard in Cowboy Bebop: The Movie, Ghost in the Shell: Standalone Complex and in the game, Star Trek: Klingon Academy.

Dunne was also a member of the early 70s comedy ensemble The Conception Corporation and the co-producer of Chicago’s first Free Blues Festival, with Willie Dixon, Steve Cropper, Albert King and many others. The concerts were presented in the Grant Park Band Shell in 1969.

Owing to his strong connections to Chicago, Dunne returned to the city from his Malibu home to marry. He and his wife took their vows aboard the yacht, ‘Anita Dee’, anchored a mile off Oak Street beach where Dunne had been a mate with the Chicago Park District.