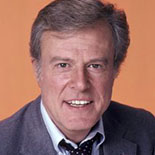 Culp earned an international reputation for his role as Kelly Robinson on I Spy (1965–1968), the espionage series in which he and co-star Bill Cosby played a pair of secret agents. Prior to that, he starred in the CBS/Four Star western series, Trackdown as Texas Ranger Hoby Gilman from 1957-1959.

The 1980s brought him back to television. He starred as FBI Agent Bill Maxwell on The Greatest American Hero and also had a recurring role as Warren Whelan on Everybody Loves Raymond. In all, Culp gave hundreds of performances in a career spanning more than 50 years.