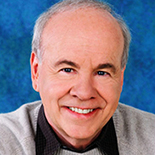 Thomas Daniel “Tim” Conway (born December 15, 1933) is an American comedian and actor, who has worked in sitcoms, sketch comedy and film.

Conway is best known for his role in the popular 1960s World War II situation comedy McHale’s Navy as the inept Ensign Charles Parker, second in command to Lieutenant Commander Quinton McHale (played by Ernest Borgnine), for co-starring alongside Carol Burnett on The Carol Burnett Show, and as the voice of Barnacle Boy from the animated series SpongeBob SquarePants (alongside Borgnine, who provided the voice of Mermaid Man until his death in 2012).