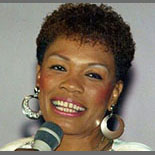 The Shirelles were an American girl group that achieved popularity in the early 1960s. They consisted of schoolmates Shirley Owens (later Shirley Alston-Reeves), Doris Coley (later Doris Kenner-Jackson), Addie “Micki” Harris (later Addie Harris McPherson), and Beverly Lee. They have been described as either the first African-American girl group to top the Billboard Hot 100, or the first girl group overall, with the song “Will You Love Me Tomorrow”.