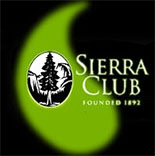 The Sierra Club is one of the oldest, largest, and most influential grassroots environmental organizations in the United States.

It was founded on May 28, 1892, in San Francisco, California, by the Scottish-born American conservationist and preservationist John Muir, who became its first president.

Traditionally associated with the progressive movement, the club was one of the first large-scale environmental conservation organizations in the world, and currently engages in lobbying politicians to promote green policies. In recent years, the club has gravitated towards green politics and especially towards bright green environmentalism. Recent focuses of the club include green energy and preventing climate change, although traditional concerns such as the preservation of public lands and mitigating pollution remain policy priorities.

In addition to political advocacy, the Sierra Club organizes many outdoor recreation activities, and is a notable organization for mountaineering and rock climbing in the United States, having pioneered the Yosemite Decimal System of climbing. The Sierra Club does not set standards for alpinism, but it frequently organizes wilderness courses, hikes, rock climbs, and alpine expeditions for members.

The Sierra Club has hundreds of thousands of members in chapters located throughout the United States. It is affiliated with Sierra Club Canada.

The Sierra Club’s mission is: “To explore, enjoy, and protect the wild places of the earth; To practice and promote the responsible use of the earth’s ecosystems and resources; To educate and enlist humanity to protect and restore the quality of the natural and human environment; and to use all lawful means to carry out these objectives.”