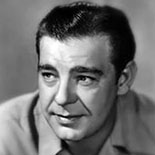 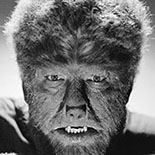 Lon is best known for playing Larry Talbot in the 1941 film The Wolf Man and its various crossovers, as well as portraying other monsters such as The Mummy, Frankenstein’s Monster and Count Alucard in numerous horror films produced by Universal Studios. He is also notable for portraying Lennie Small in Of Mice and Men. Originally referenced in films as Creighton Chaney, he was later credited as “Lon Chaney, Jr.” in 1935.