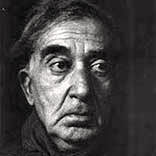 He worked as a journalist and civil servant. He has been called a skeptic and a neo-pagan. In his poetry he examines critically some aspects of Christianity, patriotism, and homosexuality, though he was not always comfortable with his role as a nonconformist. He published 154 poems; dozens more remained incomplete or in sketch form. His most important poetry was written after his fortieth birthday.

For some people the day comes
when they have to declare the great Yes
or the Great No. It’s clear at once who has the Yes
ready within him; and saying,

he goes forward in honor and self-assurance.
He who refuses does not repent. Asked again,
he would still say no. Yet that no—the right no—
undermines him all his life.

THE MIRROR IN THE HALLWAY
Constantine P. Cavafy

In the entrance hallway of that sumptuous home
there was an enormous mirror, very old;
acquired at least eighty years ago.
A strikingly beautiful boy, a tailor’s assistant,
(on Sunday afternoons, an amateur athlete),
was standing with a package. He handed it
to one of the household, who then went back inside
to fetch a receipt. The tailor’s assistant
remained alone, and waited.
He drew near the mirror, and stood gazing at himself,
and straightening his tie. Five minutes later
they brought him the receipt. He took it and left.
But the ancient mirror, which had seen and seen again,
throughout its lifetime of so many years,
thousands of objects and faces—
but the ancient mirror now became elated,
inflated with pride, because it had received upon itself
perfect beauty, for a few minutes.