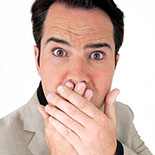 Carr is known for his signature laugh, deadpan delivery, dark humor, and use of edgy one-liners. He is also a writer, actor, and presenter of radio and television. Carr moved to a career in comedy in 2000 and has become a successful comedian. After becoming established as a stand-up comedian, Carr began to appear in a number of Channel 4 television shows, becoming the host of the panel show 8 Out of 10 Cats and also The Big Fat Quiz of the Year, a comedy panel show that airs in late December to review the past year.