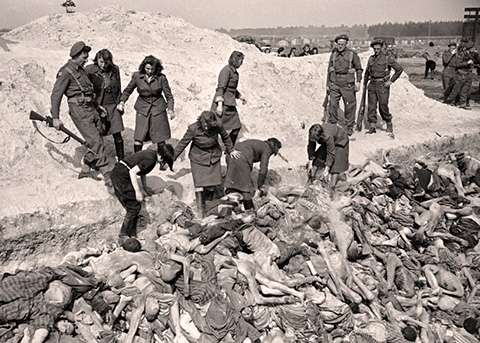 Bergen-Belsen (or Belsen) was a Nazi concentration camp in what is today Lower Saxony in northern Germany, southwest of the town of Bergen near Celle. Originally established as a prisoner of war camp, in 1943, parts of it became a concentration camp. Initially this was an “exchange camp”, where Jewish hostages were held with the intention of exchanging them for German prisoners of war held overseas. The camp was later expanded to accommodate Jews from other concentration camps.

After 1945, the name was applied to the displaced persons camp established nearby, but it is most commonly associated with the concentration camp. From 1941 to 1945, almost 20,000 Soviet prisoners of war and a further 50,000 inmates died there, with up to 35,000 of them dying of typhus in the first few months of 1945, shortly before and after the liberation. 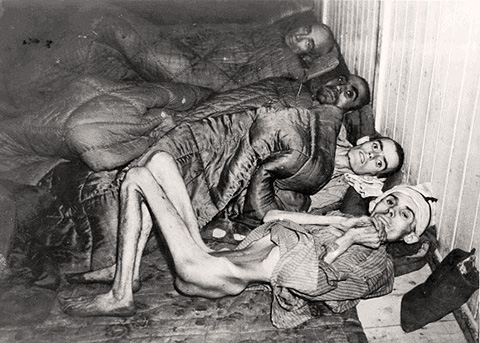 The camp was liberated on April 15, 1945 by the British 11th Armored Division. The soldiers discovered approximately 53,000 prisoners inside, most of them half-starved and seriously ill, and another 13,000 corpses lying around the camp unburied. The horrors of the camp, documented on film and in pictures, made the name “Belsen” emblematic of Nazi crimes in general for public opinion in many countries in the immediate post-1945 period. Today, there is a memorial with an exhibition hall at the site.