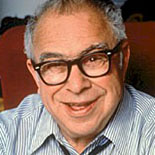 Buchwald is best known for his long-running column in The Washington Post, which in turn was carried as a syndicated column in many other newspapers. His column focused on political satire and commentary. He received the Pulitzer Prize for Outstanding Commentary in 1982 and in 1986 was elected to the American Academy and Institute of Arts and Letters.