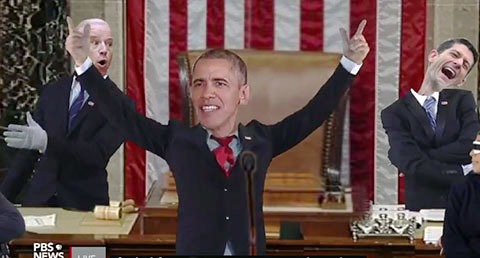 The Gregory Brothers are an American musical group that characterize their music as “Country & Soul, Folk & Roll”. The members are Michael Gregory on drums and vocals, Andrew Rose Gregory on guitar and vocals, Evan Gregory on keys and vocals, and Sarah Fullen Gregory (Evan’s wife) on bass and vocals. They are most famous for their creation of musical viral videos, most notably the “Winning” song that won a 2012 Comedy Award, as well as, Songify the News series (formerly known as Auto-Tune the News), as which includes the “Bed Intruder Song”. The three brothers, originally from Radford, Virginia, moved to Brooklyn, New York in the mid-2000s and met Sarah in the local music scene. The four formed a band in 2007.