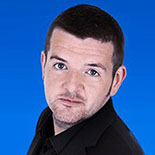 Bridges has appeared on many comedy television shows including Would I Lie to You?, Have I Got News for You and has performed at Live at the Apollo. He gained popularity for his show Kevin Bridges: What’s the Story?, which showed the influences of his stand-up routines.